I’ve made a video and it’s got real facts in it and everything. Bradford’s Innovation Heroes is something I’ve been thinking about for a while and then I got the funding to actually do it. Essentially, the kids and I take a look at some fascinating STEM triumphs in the city’s past. STEM being Science, Technology, Engineering and Mathematics. So go on, delve into Bradford history and discover more about school meals, fake fairies and building your own village:

Why Make a Bradford History Video?

I’ve realised how interested I am in social history recently, so this seemed like a great idea. I make a lot of Yorkshire videos anyway, and I thought I’d like to delve a bit deeper into some of the amazing stories. Tales of how people made a real change to the way others lived their lives. Yorkshire has produced so many of these folk and I wanted to explore the famous ones as well as the ones we may have forgotten.

I had been toying with the idea of a series about innovators across the north for a while and then an opportunity landed. Bradford Council, Bradford UNESCO City of Film and Bradford 2025, the team behind the City of Culture bid, teamed up to offer funding for filmmakers. Make: Film was their scheme to fund short films and documentaries about the district. I applied, they accepted and then I made this.

STEM is not exactly my natural arena, having dropped all those subjects as early as possible in my education. But, I love stories, I love history and I love finding out about people who are great at these things. Even if I don’t always understand them.

The other thing you might notice is that two of the three stories involve women. Although things are changing, STEM is still seen as male dominated and I loved discovering how the district in which I live produced so many innovative women. That’s pretty inspiring, right?

Initially, I wanted to talk about as many innovators as possible, but the upper time limit of 12 minutes meant I had to narrow it down. I needed to give the stories enough room to breathe, to explore them in more detail and to give myself time to add a few rubbish jokes in. It also means that I can make a sequel or two in the future. Always thinking…

I knew I wanted to tell the story, give the facts, make a few gags and then apply the innovations to modern life to give some context about them to Elsa and Seth. I also needed someone to add some gravitas. Hence I called on Catherine Warr from Yorkshire’s Hidden History. Have a look at her YouTube channel for more White Rose-based tales.

Obviously, this all happened during various lockdowns and Covid tier-based restrictions in Bradford. But a bit of clever social distancing, heading to Ilkley Moor on a day when it looked like it was going to tip it down, and Zoom all combined to make this Bradford history project work. Eventually. Of course I was up till 2am on the day of the submission deadline, but that’s been my tactic ever since school. I’m not changing now.

I am fascinated by Margaret McMillan. She was an American with Scottish ancestry who seems to have swooped into towns and cities across the UK, spreading good wherever she went. Like a real life educational Mary Poppins.

She spent time in Bradford and transformed the way the city looked after its poorest kids. This included instigating health checks for all school children, putting baths into schools and paving the way for Bradford to provide the first school dinners as we know them. She wasn’t alone in this campaign – Bradford West MP Fred Jowett really pushed for the Education (Provision of Meals) Act 1906 in parliament – but if you are looking for the leading figure in changing the lives of young people in Bradford at the start of the 20th century, you have to look to Margaret McMillan.

She also instigated women-only engineering classes in Bradford, which is something I didn’t have time to add into this video. Hopefully, I can explore that in a sequel.

Clearly, the liver-and-tapioca-hating 1980s me would never have thought they would end up celebrating the inventor of school dinners, but here we are…

I love telling people that Bradford invented school dinners. Almost as much as I love telling people that Bradford innovated in the world of image manipulation. When 16-year-old Elsie Wright and 9-year-old Frances Griffiths needed to come up with an excuse for spending so much time playing in Cottingley Beck, they pretended they’d seen fairies. Most kids would leave it at that and then go and play X-Box for the rest of the night. Not Elsie and Frances. They mocked up a load of photographs and made it look like they were hanging out with fairies. This was 1917. People went crazy for them.

Yes, it is true that there were a lot of dissenting voices too and that plenty of people who believed them were already heavily invested in spiritualism, so were susceptible to believing it. But that doesn’t take away from the fact that they did something extraordinary. They did fool a lot of people. Even Sir Arthur Conan Doyle!

It was Photoshop before Photoshop. Fake news before fake news. Your uncle who insists aliens are communicating through the Emley Moor transmitter before your un…you get the idea.

Titus Salt is one of the more famous figures from Bradford history, and in terms of innovators he is right up there. He understood that his workers needed to be healthy and happy. So, when he became concerned about the conditions in Bradford city centre in the mid 19th century, he moved out of town to Shipley and created a mill surrounded by his own village – Saltaire.

He created homes with sanitation, all close to green space, a hospital and other amenities. Titus also designed the mill to be a safer environment in which his workers could go about their tasks. He even went as far as naming one of the roads in the village Fanny Street to amuse immature people (like me) for centuries to come. What a guy.

I’d like to make more of these videos, whether that is in Bradford or beyond. Let me know if there is an innovation story that you love. Anything that the world should know about. Use the Comments section below to tell me about them.

VIDEO: Kid Can't Believe What Is Going On

Frozen Vs. The Thing – VIDEO 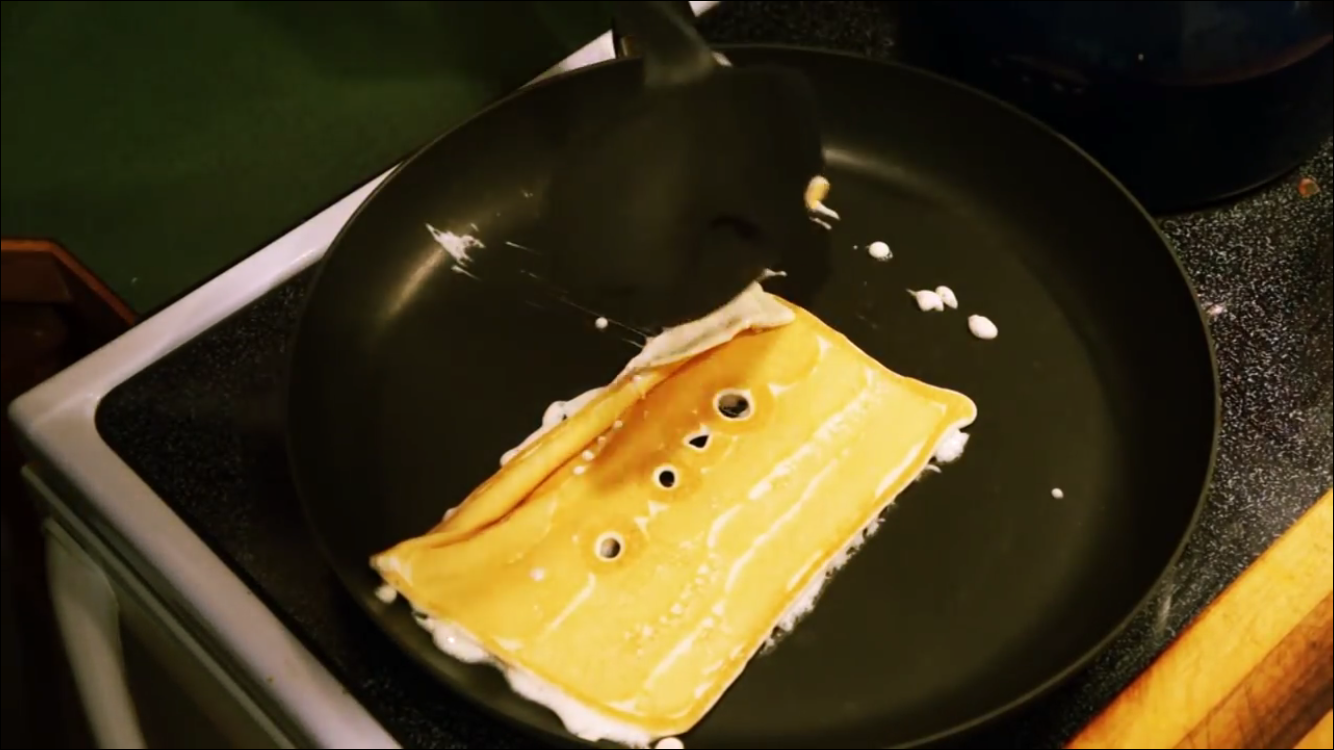 Smart Solution for Entertaining the Kids