A Manchester man is raising money for a charity that cares for sick or premature babies by auctioning off his 7 month old son’s allegiance to either Manchester United or Manchester City.

Watford born Ian Charters now lives in Cheadle in Greater Manchester and says that he couldn’t inflict a life of supporting The Hornets on his lad and, knowing that little Eddie will probably end up supporting one of the big two teams in the area anyway, he decided to let the highest bidder choose which. All money raised from the eBay listing will go to Bliss who raise awareness of special care babies whilst supporting their families.

Although Ian recognises that Eddie could well choose to support a different team entirely or even – shock horror – not like football at all, he will try his hardest to influence his son to the will of the auction winner by buying him the kit, the curtains for his bedroom and even taking him to Old Trafford or the Etihad when he is old enough.

Bidding closes on Monday 3rd November and is already in the hundreds of pounds. Good luck if you’re bidding, especially if you support Stockport – now THAT would put the cat amongst the pigeons!

For more on influencing progeny when it comes to football loyalties, have a look at the Bewildered Dad blog.

***UPDATE*** The winner WAS a Stockport County fan! Mystic Meg strikes again. The winning bid was £190. 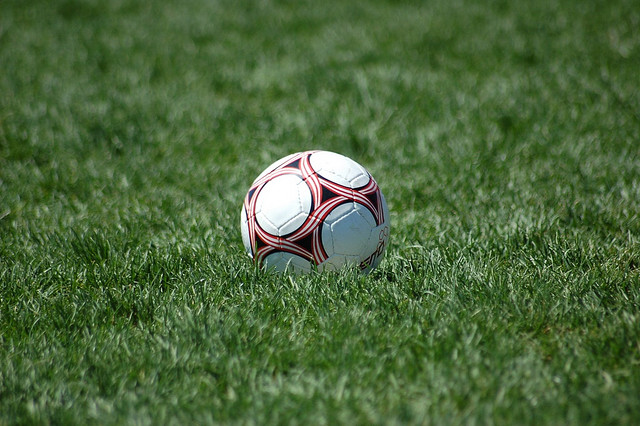